An inside look: multispectral cameras for fluorescence endoscopy. 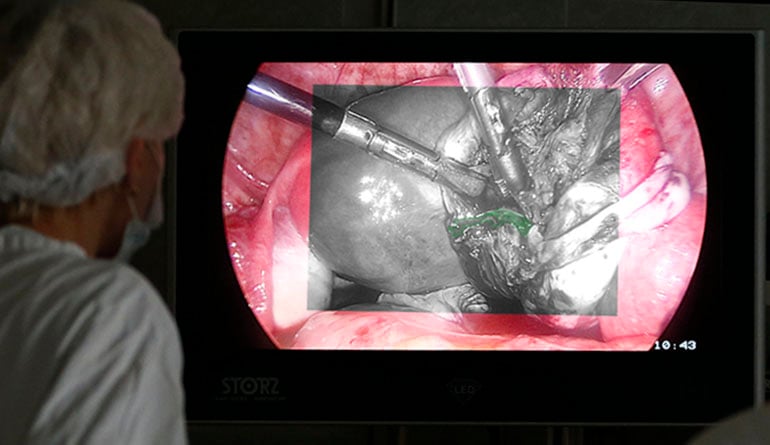 Endoscopic techniques have come a long way since they were introduced in the middle of the 19th century for examining the urinary tract and gall bladder. Today, endoscopy and endoscopes can be either rigid or flexible. In recent years, flexible endoscopy has gained more attention. It is the insertion of a long and thin tube directly into the body to observe an internal tissue or organ in detail. Endoscopy is also used to carry out other tasks which involve imaging and minor surgeries.

It has been proven over the years that modern endoscopy has relatively few risks and delivers detailed images in a short amount of time. Endoscopy as a method has been found to be useful in investigating a wide range of internal physiological systems including the upper gastrointestinal tract, consisting of the esophagus, stomach, and duodenum (esophagogastroduodenoscopy); the respiratory tract, including the nose, trachea, bronchi, and the rest of the lower respiratory system; small (enteroscopy) and large intestine (sigmoidoscopy); bile duct, rectum (rectoscopy) and anus (anoscopy); urinary tract (cystoscopy); female reproductive tract (gynoscopy); cervix (colposcopy); and uterus (hysteroscopy).

Among various techniques used in endoscopy, fluorescence endoscopy has become very popular in recent years. This method allows for better detection of non-visible malignant or premalignant lesions, or those which are difficult to detect. Exogenously applied sensitizers such as indocyanine greens (ICG) accumulate selectively in malignant lesions and induce fluorescence after illumination with light of an adequate wavelength.

The property of ICG that makes it suitable for bio-imaging applications is its near infrared absorption and subsequent fluorescence. There are many other uses of ICG in medical applications, but it is mainly its fluorescence properties that are driving its popularity.

Cameras are used to capture the fluorescence of ICG in real time. Apart from having excellent image quality, the ergonomic handling of the handpiece, as well as the control keys for optical zoom and focus, are important requirements for cameras in ICG-based fluorescence applications.

Since the introduction of cameras in endoscopic applications, RGB imaging has played a key role in providing real time reference images. This is the state of art even today. However, multispectral cameras are being increasingly used due to their ability to provide more information, especially in the NIR wavebands.

The multispectral setup can be achieved in many ways but a very efficient and cost-effective way, which also reduces overall system complexities, is by using prism-based multi-sensor cameras. For endoscopic, surgical imaging applications, two or three images of different wavelength bands can be captured simultaneously. The images would then be “fused” such that elements from the non-visible NIR channels are overlaid on the visible RGB image to provide the surgeon with an “augmented” view of the tissues of blood vessels on which he or she was operating.

In most of the endoscopic cases, the maximum absorption at around 800 nm is important (in blood plasma at low concentrations). In combination with fluorescence detection, lasers with a wavelength of around 780 - 785 nm are used. At this wavelength, it is still possible to detect the fluorescence of ICG by filtering out scattered light from the excitation beam. However, the typical fluorescence excitation would then be between 810 nm – 900 nm, so multispectral cameras must be able to isolate the upper NIR region in order to take full advantage of this phenomenon.

The imaging of ICG clusters and concentration in the human body can help a surgeon to locate where the operation/inspection area is (e.g., tumor cells). With real-time video images overlaid on the visible image, surgeons can use the fluorescence to locate tumors/glands for removal, highlight key vessels, and/or monitor blood flow while operating.

Multispectral Imaging in Healthcare – a convolution of machine vision and spectroscopy